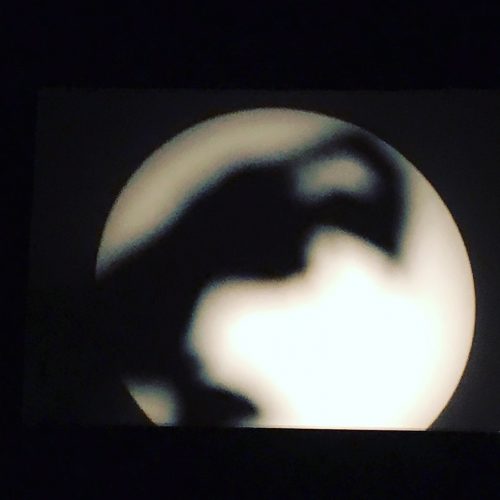 Since time immemorial, the moon has exerted its own fascination on people. He was researched, described, sung about and portrayed. As the next celestial body to Earth, he serves as a navigator but also as a projection surface for desires, dreams and longings. As a Trabant, he directly influences us and our environment. And perhaps it also reflects our own existence and individual location in the world. Who am I? Who would I like to be? Where am I? Where do I want to be?

The hare jumps into the box and it begins to grow, transforming itself into the infinite space stage of the theater. The moon appears, the rabbit looks up at him wistfully and wishes to get to the moon. He finds a path that seems to lead there and follows it. When he wants to jump on the moon, the moon and the hare crash into the depths. The hare founds himself in an unknown landscape.

A journey begins in search of the moon, a path that reveals encounters with different forms and phases of being and a desire that helps the hare to find a place in his own story. As a  hare in the moon?

A production by LILARUM Vienna (AT)