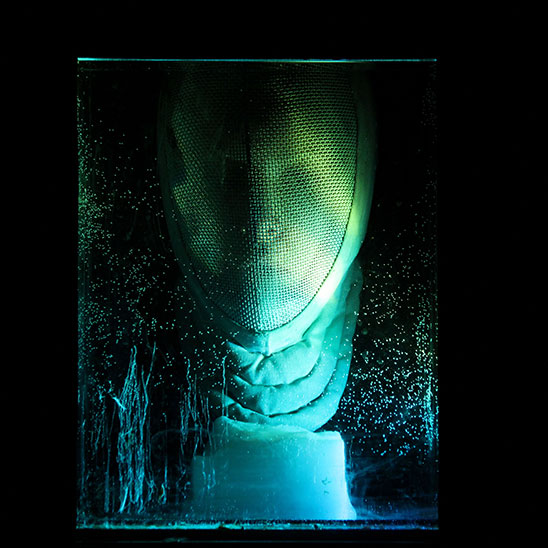 In a time after the Apocalypse, man struggles through life in a dark and hostile environment. His dreams, fuelled by a longing for a better world, brings forth sceneries with bizarre creatures that take possession of his consciousness. Mastering the forces of nature has always been a dream of mankind. Fulfilling this desire has consequences. As creator he has to take on responsibility for his actions and creatures, even if they turn against him. Many of his creations escape, are irreversible, impossible to recapture.

Experimenting with the theatricality of chemical processes, this project extends the genres of object- and physical theatre by means of visual arts and makes reactive matter and manoeuvrable materials interact with a performer. A narrative without words, based on gesture/motion and atmospheric noises and sounds, deals with the genesis of a virtual world and its consequences. Fascinating visual theatre with stunning chemical reactions.